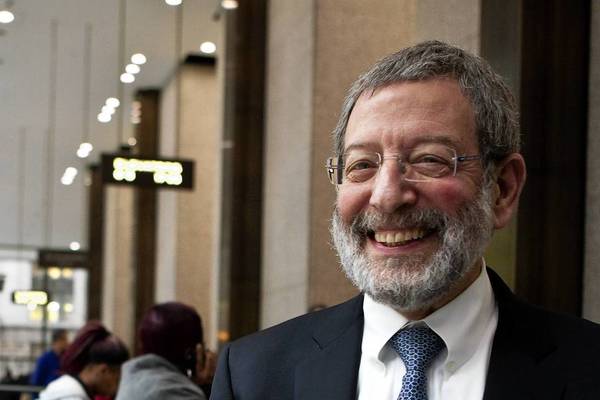 My uncle Richie was a good guy.  Not just because of what he meant to me, but in the big picture, doing major good in the world sort of way.  The last thing he did, before needing to retire because of his cancer a month ago, was to be the head of Illinois Department of Child and Family Services…basically the head guy in the state for looking out for making sure that kids are taken care of when things go wrong for them.  He cared deeply for kids, and fought with everything he could to make sure, more than anything else, that they could feel safe.  It seems like such an obvious thing for most of us, but without it in a kids world, nothing is right. And with it, there is virtually nothing that kids can’t face.

For me, he was an easy laugh and a safe feeling of warmth whenever I would see him.  That was, after I forgave him for the great race track incident.  (Where a 3-4 year old’s sense of unfairness kicked up to, and stuck at a ten when his uncle brought me a super cool electric race set that was clearly to old for him to play with, and proceeded to set it up with his dad and play with it in front of me, while I sat there like a jr. Nascar spectator, howling with desire to get in their and grab the wheel).

It seems that the best way I have to deal with great sadness is to try and put back in more goodness back into the world, as a fierce embrace of those sad feelings.  With Richie, who cared so much about kids, I’m going to do it by doing what is in my wheelhouse…getting people some joy through games.  For the next couple of days, if you buy something to give to toys for tots or any other group of kids/adults, I’ll put something good into the bucket from me.  And if you buy two, I’ll give you a third to go into the charity bin.  I don’t mean this as a promotion…just a challenge so we can both do something good.  If not, just give or do something that will bring some sense of peace to some kid who is trying to make it through a dark day.  I’m doing it for me, but I hope Richie would have liked it.