(Kids, don’t read this*.  It talks about some things being done in the mobile industry that are designed to manipulate people into doing things for the sake of advertising and in app purchases that are actually leading to medical level changes in the way our brains work, leading to some pretty bad stuff.)

There is an elephant in the room, and it is hard to get his attention because he has his trunk stuck in his smartphone.  There are a whole bunch of really smart people working really hard to use every psychological trick they can to get me to spend as much time as possible on our cell phones.

And they are winning. Fun that makes me feel bad. I didn’t like it before when it just made me feel bad. And I now like it way less that I’ve come to understand it is affecting my sleep patterns,  how well I think, and acting like a drug, trading little moments of feeling good but leaving me sense of feeling depressed and out of control.  So I guess I fit into the classic definition of being addicted, knowing that something isn’t good for you, not wanting to do it, and doing it anyway.

Ain’t just me. The much bigger problem is that I talk to kids and parents everyday, so I know I’m not alone in this.  In fact it’s so universal that most of us have just thrown up our hands as the new way the world works.  But there is something about it that has felt more serious for a while, so I’ve started to look at it more carefully and what I found was a much bigger deal then I thought.  In a world where it seems like there is a crisis a day, it seems almost foolish to raise up a hand and try and point to a place where you think you see the damn starting to crack.  But I don’t raise my hand like this often, and I’m raising it here…raising the hand, waving the red flag, pulling the fire alarm.  I don’t even want to list the level of damage/danger here, because I don’t want to get written off as hysterical or overreacting…so I’m just going to ask that you trust me enough to read all the way through this over-sized tome, and if you end up feeling like I do, come and help me figure out what to do about it. I’m a dad, and I spend a huge amount of time trying to get my kids to spend less time on their cell phones, and we get into a ton of fights about it.    “You don’t understand.  Your generation doesn’t get it.  I am being social, just with my friends on the phone and not with you.” etc, etc, The very process of trying to get my kids off the phone so we can have better time together generates fights that leave everyone mad in their corners, not being social at all.  (Does this sound familiar to any of you?)  As parents, its pretty obvious to see the difference in how our kids feel and behave when they are not on the phones so much, but trying to do something about it is way harder then it should be.  Besides, everybody is going through it so maybe it’s not really a thing, just us having to adjust to a different way of being in the world.  Or maybe there is something very serious going on and we in the middle of it so much that it’s hard to see what’s going on.

Hi, I’m Ben and I’m… I’m going to make two statements, one about me and one that is so outrageous that I’m either an utter fool, or it’s a very big and very real deal.

Digital Nicotine. So I’ll say that second part again, and try and explain what I mean.  When we look back in 10-20 years at this time, people are going to be looking back on this time the same way that we look back on the health crisis caused by smoking.  It’s almost impossible now to imagine there was a time when people didn’t recognize either the addictive power of cigarettes, or realize how much suffering/ death it was causing. And to imagine that there were people in that industry, who once they understood both the addictive nature of what they were doing and what it was doing to people, spend huge amounts of money, hiring the best people they could, to discredit the scientists, to increase the addictive properties of what they were selling and to focus the most sophisticated techniques possible to not only get people to smoke more, but to get to teens and pre-teens and get them to try smoking, knowing that once they did, they would likely have customers for their (admittedly shorter) lives.  (Smoker’s average lifespan is 10 years shorter then then those who never smoked. We should have known better hall of fame: There have been a number of times in the past where we did mindbogglingly stupid stuff without realizing the effects.  It’s almost unimaginable that back in the 50’s people had no idea that smoking was actually bad for you.  There were dancing cigarette packs in the commercials of TV shows, and ads talking about the health benefits of one brand over another. Not to mention the X-ray shoe store boxes:  You know how when you get an x-ray, they drape your body with lead covering and step out of the room while they flash the x-ray for the shortest imaginable time, because they know that long exposure to x-rays has a high likelihood of caucusing cancer.
There was a period where you could go into a shoe store and put your foot in a machine.  To put that in context, the a dental x-ray would expose you to 0.005 mSv of radiation, 20 seconds in the foot box would expose you to ~48 mSv.  Oh, and did I mention the day my high school physic teacher brought in a nice blob of Mercury in a film canister for us to pass around and play with to show us metal that was in a liquid state at room temperature.  But hey, we didn’t know better and with the exception of the cigarette, when we figured out it was bad for us, we stopped.
The cigarettes were a different story, for two reasons.

I’m not addicted…what is addicted anyway? There are a lot of definitions for addictive, but the best one that I know if is something that you do, that you know is bad for you, can see the bad results, part of you is aware of it and knows you shouldn’t do it, and you do it anyway.  You can feel two voices warring inside of you, one that knows better, and the other that will use any tool at its disposal to have you not think about any negative consequences, and will rebel against anyone who might get in the way of doing it.  There’s a whole brain chemistry thing with the parts of the brain that are set up to reward us for doing things that are good for us, getting hijacked by things that provide the same sensations but without the benefits.

So how does this have anything to do with cellphones, or more specifically smartphones?  I’m going to do more writings about this in the year to come, but it turns out that when you hire a lot of the smartest people in the world to try and get people to spend as much time as possible with your apps, to basically figure out how their brains work and try and stimulate the parts of the brain that will get them to do something over and over again, that you are creating addictions.  That’s not quite digital nicotine yet, because what’s the harm being done?  It’s just people spending some of their free time on their phones…what the big deal? 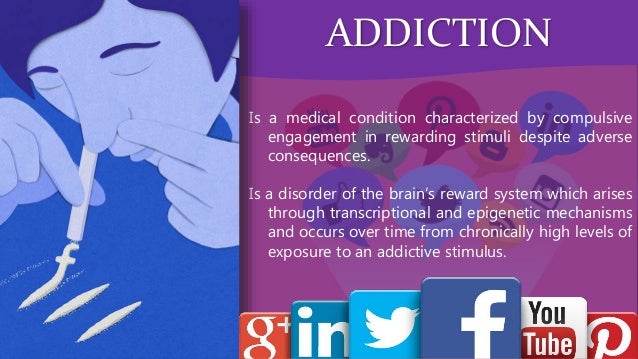 Getting Mad. Here’s where I start to go from nice guy, kindly store owner Ben, to quietly furious and determined to do everything I can to do something about this Ben.
Here are a number of the affects that the wrong kind of/too much time on the smart phones has been having. ( Everything on this list makes sense from observation and has credible studies behind them.) One note before reading this list.  I think it’s really important for each of us to be able to be honest in our own observations in how we are being affected.  Really smart people have been working very hard to get us addicted to these devices, and it’s going to take a huge amount of effort and willpower to break that.  I don’t know what all the steps are, but the first is being strong enough to really look at what is going on with ourselves.   I will be adding more links/references to this list as time goes on.
All the list contributes to and pales in comparison to the last item. And the last one is what has pushed me over the edge.  I can’t step back and do nothing anymore.  But I also know that there have been thousands of people who are extremely smart, who have gone through great efforts to make this problem much harder

then just triumph of the will.  So I’m going to do my best trick in terms of solving hard problems…gonna get as many other brains (and hearts) as I can working on this.  And that includes the kids too… So look for more, comment, share and show up.  It’s too important not to.

*Of course I wanted you to read this.  See, I’m smart and a little manipulative too. (When you get addicted to something, one of the effects is a splitting of the voices inside you.  There is the voice that can see what is going on and wants control back.  And there is the voice that feels it needs that endorphin rush that comes from the behaviors, that will do everything your smart mind can think of to deflect anything that might give the first voice a chance to take control back. )